Today was San Antonio. It was supposed to be a long drive to El Paso, but things change. With the very real possibility of a vote on the bill coming tomorrow, it was decided that we needed to be close to home. Which is where I am right now, so no complaints from me.

There is an event planed for Austin tomorrow afternoon. It is supposed to happen sometime after the vote – the bill is expected to pass. Opponents of the bill will be gathering at the capitol and marching off afterwards. Come join if you have the time.

The San Antonio event took place at Sunset Station. I did a photo essay on Sunset Station when I was in college back in 1996 or so – and that was the last time I was there. Nice place – covered stage area with large fans to keep the air moving. And they had iced water.

Other than venue it was pretty much like all the other events. Things get to feel repetitive, which is never a fun feeling when shooting. So since I am tired and feeling repetitive, I’ll just post a few quick shots. 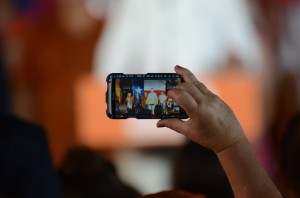 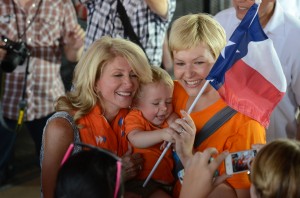 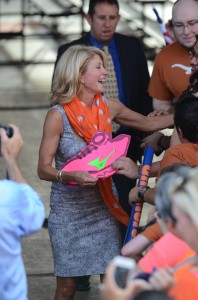