I’ve spent a considerable amount of time traveling between various cities in Texas – Houston, Dallas, San Antonio, College Station – and I’ve always wanted to stop along the way to take some photos. Last night, on my way along I-10 between Austin and Houston, I finally had my chance.

A few miles west of Sealy, I noticed the full moon rising at the other end of the highway. It was one of those giant red moons you see and want to take pictures of but never have the camera with you. This time I had the camera, but I was in the middle of traffic going 75mph along the highway. Not the best place to stop for a photo op.

So I found a convenient gas station in Sealy and pulled over. The moon was hidden behind a nearby motel, but the sunset was in full view. And so was a large flock of birds that had come to rest on the wires running across the local sky. No good shots of the moon – I missed the moment on that one anyway – but I do like some of the bird pics. 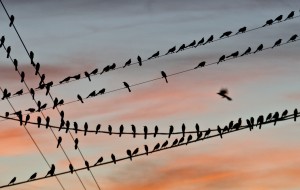 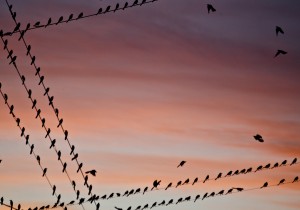 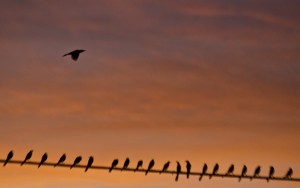 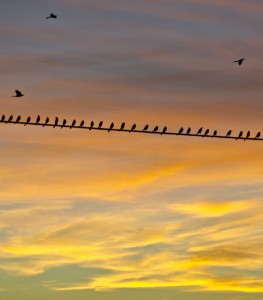 One Reply to “Sunset Birds”