I love soccer. One of my favorite things is to get the opportunity to shoot an international level soccer game. So of course when Getty Latin America needed a shooter to cover the match between Haiti and El Salvador in Houston I was in.

Another thing I love is BBVA Compass Stadium. The home of MLS’ Houston Dynamo is just about the best venue I have shot at. The light is bright enough to keep ISO to 1600 or below and still have a shutter speed fast enough to stop action. An evening game – usually a take full of grainy, dark-faced, blurry shots – comes out looking almost as good as a day game shot under a translucent dome.

So anyway, I was tasked with covering the Haiti side. Except for the difficulty finding Haitian fans – I saw maybe 1 for every 300 or so El Salvador/Honduras fans – the game went very well. Haiti lost, scoring no goals, but the action was good and my timing was on target.

On Wednesday, I travel to Arlington to cover Mexico v Panama in the Semi-finals. They had originally asked me to go to Atlanta to cover the quarters, but I convinced them that a local guy would work just fine and save them a ton of money. Not that I wouldn’t have enjoyed going – and earning the paycheck – but a Saturday spent at home with my family trumps that kind of traveling any day. I am also slated to go to Chicago on the 28th for the final – if Mexico makes it, and they are expected to. A final v (probably) USA is definitely worth the trouble of traveling. Sorry, family.

So here are a few pics from the game. Hopefully I’ll post more not to long after Wednesday’s action concludes. 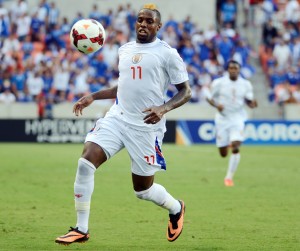 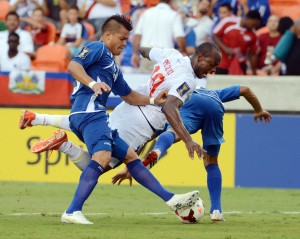 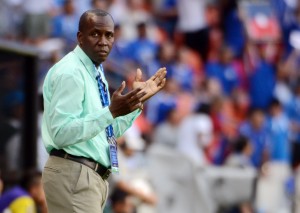 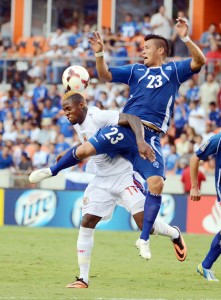